Recently a new wind is blowing in the diabetes’ apps panorama. This time it comes from Portugal. The creator is Miguel Kennedy. We met him in order to introduce him to you:

Thank you very much for giving me this interview. I am very curious to know something about you. Can you tell us for example what kind of studies you have done and where your passion for information technology comes from?

My pleasure! Thank you for having me!

I’ve always liked science (mathematics, physics, chemistry, etc.) since I was little. I got my first computer when I was 16 and since then I felt in love for code. When I was 18 I studied Computer Science and Engineering at Instituto Superior Técnico in Lisbon, then worked as a computer programmer for a few years and also as a teacher. Later in life I switched careers and got into nutrition and sports. I missed my programming days so I decided do create Spike as a comeback. Being able to contribute to the diabetic community and impact people’s lives in a positive way fills me with joy and happiness.

Is there a particular reason that brought you to adopt technology to manage diabetes disease?

It came very natural to me. I’ve always used technology for everything I do in life. Adopting a more technological approach to diabetes management was the only logical step for me. I was diagnosed only 2 years ago so I already had a broad technological background to apply to my management.

How was the now very popular app ‘Spike’ born? This app is a big success and is beloved by many people!

The response has been overwhelming and unexpected. Spike is still a baby project that was released to the public only 3 weeks ago. More than 2000 people in 72 countries already use it.

Spike was born thanks to Johan Degraeve. Johan started a project called iOSxDripReader one and half years ago. He did an amazing job porting some core xDrip features to iOS. Around 6 months ago I joined Johan and started contributing to iOSxDripReader development. At that time, I also started developing a new UI for the app. While I worked on the UI I started changing a lot of iOSxDripReader’s code and adding new features. As time went by I decided to release it as a different app, with a different name and set of features and more targeted to the general public.

After Spike was released I invited Johan to join me and help me develop it even further. I’m very grateful to have him as my partner in Spike. His talent and generosity towards the diabetic community are an essential part of Spike’s success. 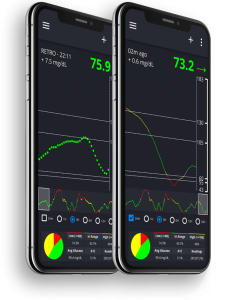 Which is the difference between Spike and other similar apps?

Spike is an app developed with the #WeAreNotWaiting mindset. It’s made by diabetics for diabetics. Highly integrated with the open source diabetic community, apps and services. Spike is not a medical app and that gives us more freedom to develop features that are yet no available to the general public. There are too many features in Spike to list so I invite everyone to visit spike-app.com to learn more about the app and request an invite to try it for themselves.

How long have you been working on this project? My impression is that you are now operating 24 hours a day, aren’t you?

Spike has been in development for about 5-6 intense months. It might not seem much but that’s because it was built from iOSxDripReader. So I would say that total development time to make Spike a reality is around 2 years.

I do have a day job but I’m fortunate to manage my own business. I was able to take some time from my regular job to focus on Spike in its first month of release so I could make it as stable as possible and give support to new users. Now that Spike is used by a lot of people, most users are able to support each other which gives me and Johan more time to focus on development.

How many people are working with you?

Right now Spike is developed by Johan Degraeve and I.

Can you tell me something about the cooperation with the x-drip team? I am asking because I was hoping that it could happen one day, even if it seemed almost ‘science fiction’. But it occurred and in a full spirit of cooperation and solidarity.

xDrip is a big part of Spike. The algorithm that Spike uses to calibrate blood glucose readings and connect to different brands of transmitters was initially developed by the xDrip team and later ported to iOS by Johan. We are all friends and talk to each other on a regular basis. That allows us to share information and discuss strategies on how to bring more advanced features to the public. There’s a great spirit of cooperation between developers in the diabetic community. Everyone is always available to help when needed. Our cooperation is focused on finding solutions for common development problems, but each team is responsible for developing its own set of features for its own app.

Will it be possible to synchronize all data (database, settings, glucose levels) with a personal Cloud? So that, if you lose the mobile phone, you can keep using the app logging in with user name and password without having to wait two hours for the calibration and without losing chronology.

Yes! We are currently working on this feature (and many others!). It’s quite a challenge to develop such a feature, especially since we want people to be able to sync settings and data between Spike and xDrip, but development has already began and we are confident that soon we will be able to bring it to our users.

Are you thinking about creating an Android version that should not be a competitor of x-drip but a follow up of your project? In this way it could be possible to change from Android to Apple technology and without being obliged to change app or abandon Spike world. In other words it could be a kind of retention tool for the two operating systems.

No, it’s not planned. The Android community already has a great app, xDrip. Spike will only be available on the iOS platform but since we are trying to achieve data synchronization between Spike and xDrip, users can switch easily from iOS to Android and vice-versa. This seems to be a better approach for our vision. It will allow users to have all the benefits and each development team can focus on it’s own platform. 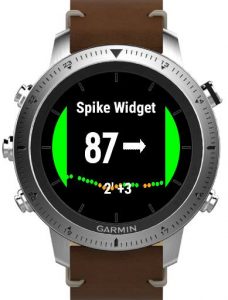 DeeBee created a portal that exports (with CGM or not) the glucose data from FreeStyle Libre everywhere (to smartphones Android and iOS, PC, Tablet, etc.) without complicated procedures. According to our experience we could see that people are often scared of too much technology. Are you thinking about a project in this sense?

No the same features, no… Spike currently allows users to follow other users if the master uploads data to a Nightscout site and the follower gets data from that same Nightscout site. Spike can also connect to another Spike directly, without Nightscout or an Internet connection, as long as both Spikes are on the same Wi-Fi network. We are planning a new follower mode that will allow Spike followers to follow Spike masters directly (Spike to Spike), without a Nightscout site, even if both users are not connected to the same Wi-Fi network. We are currently researching and testing solutions to make this a reality.

You declared that Spike will always be open source and this honors you. What kind of feedback did you receive from the community of persons with diabetes and parents of children with diabetes?

The feedback has been amazing. I get a lot of emails and messages everyday from users telling me that Spike has been of great help managing their diabetes and a lot of feedback from parents that use Spike on their child’s phones and follow their glucose values on the parent’s phones using Spike follower mode. It’s very rewarding knowing that Spike is impacting people’s lives in such a positive way. It makes it all worth it. Spike is free and will always be free and open source. It was born with the purpose of contributing to the diabetic community and reaching as much people as possible.

Could it be possible you to visit Italy, schedule permitting, and do a speech during a DeeBee meeting? I am waiting for you!

Of course :) That’s something that can be arranged… As long as you allow me to speak in English, Spanish or Portuguese. My Italian is horrible! :)

Thank you for having me. It’s an honor to be on DeeBee Italia.